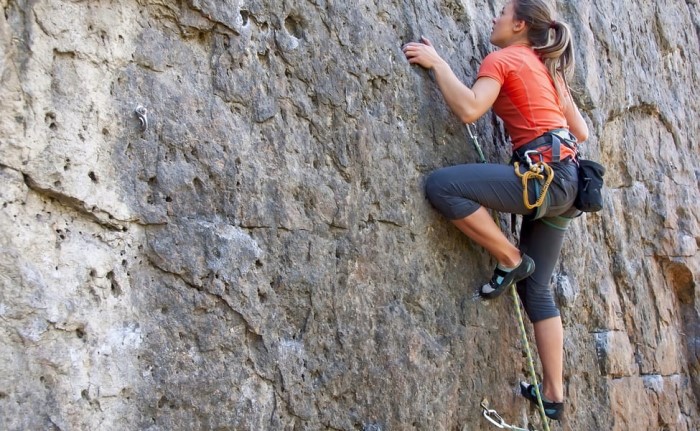 Rock climbing is popular in many countries around the world, but some of the most popular destinations include the United States, France, Spain, Italy, and Germany. The United States has many iconic climbing areas, such as Yosemite National Park and Joshua Tree National Park in California, Smith Rock State Park in Oregon, and Red River Gorge in Kentucky. France is home to the famous climbing area of Fontainebleau, and Spain has numerous popular climbing destinations, including Siurana and Margalef. Italy is known for its Dolomites and the granite towers of the Western Alps. Germany has a long history of climbing, with many popular areas in the Bavarian and Black Forest regions.

Which country has the most climbers?

It is difficult to say which country has the most climbers, as data on the number of climbers by country is not widely available. However, the United States and European countries such as Germany, France, Italy, and Spain have large climbing communities and many popular climbing destinations. The US has a long history of climbing, with a large number of climbing gyms and outdoor climbing areas. Europe has a rich tradition of climbing with many iconic climbing locations and a strong climbing culture.

It is also worth noting that climbing has become increasingly popular in recent years, especially in developing countries such as China, South Korea, and India, where the number of climbers has grown significantly in recent years.

It’s hard to say exactly one country has the most climbers but it’s fair to say that the US, Europe and countries in Asia have a large climbing community.

What is the rock climbing capital of the world?

Yosemite National Park in California, USA is considered by many to be one of the premier climbing destinations in the world. The park features granite walls with many classic climbing routes, including El Capitan, which is one of the most famous big walls climbs in the world.

The Dolomites in Italy, is also considered one of the premier climbing destinations in the world. The Dolomites are a group of limestone peaks in the northeastern Italian Alps, which offers a wide range of climbing opportunities, from long multi-pitch routes to short sport climbs.

El Chaltén in Argentina is known as the “capital of South American climbing,” El Chaltén is a climbing destination that offers a wide range of climbing opportunities, from long multi-pitch routes to short sport climbs, and its spectacular views of the Fitz Roy massif.

Fontainebleau in France is considered as the “capital of boulder climbing”, Fontainebleau is a large forest area with a large number of granite boulders, which offer a wide range of climbing opportunities for climbers of all levels.

Who is the youngest person to climb?

Which country is famous for mountain climbing?

Many countries around the world are known for their mountain climbing, but some of the most famous and well-regarded destinations include:

These are just a few examples of the many countries and regions around the world that are known for their mountain climbing. Each country has its own unique climbing culture, history, and routes.